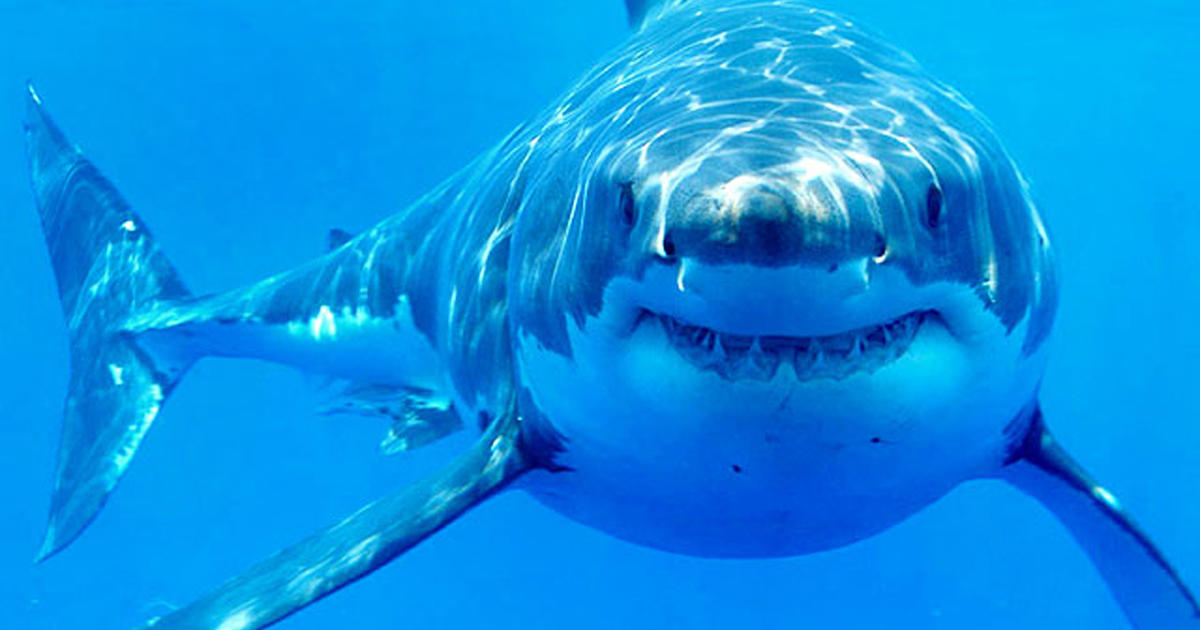 We know sharks are known to be carnivores, dangerous carnivores that rule the seas and oceans, this has already made most people to not like sharks because they’re perceived to be dangerous. While that is true, there some cool sharks you probably have not heard of or know why they’re regarded as the coolest sharks of all time. Make no mistake, these sharks are still dangerous and will eat you if given the chance, because it’s their nature but that doesn’t  make them not to be the coolest sharks that we know of. Below are the list f these cool sharks making our list of coolest sharks of all time. 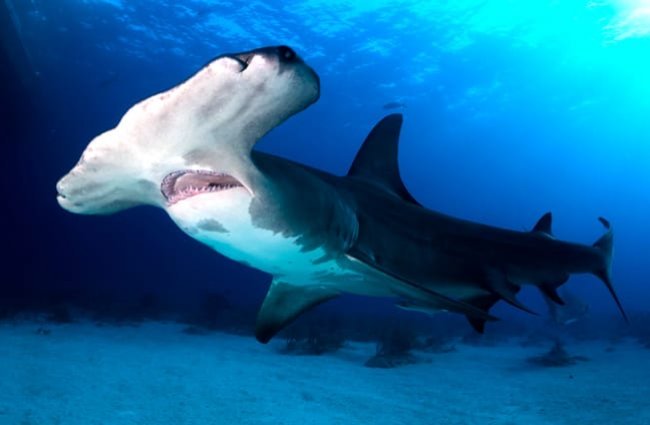 Hammerhead sharks have an odd head shape. They are consummate predators that utilize their oddly head shape to improve their ability to find prey. Having a wide-set of eyes that gives them a better vision than most other sharks. They have the advantage of thoroughly scanning the ocean for food by spreading their highly specialized over their wide mallet-shaped head.

It’s the largest of the nine identified species of sharks. It weighs up to 1,000 pounds (450 kg) and grows up to 20 feet (6 meters) in length. Getting smaller sizes are rare. 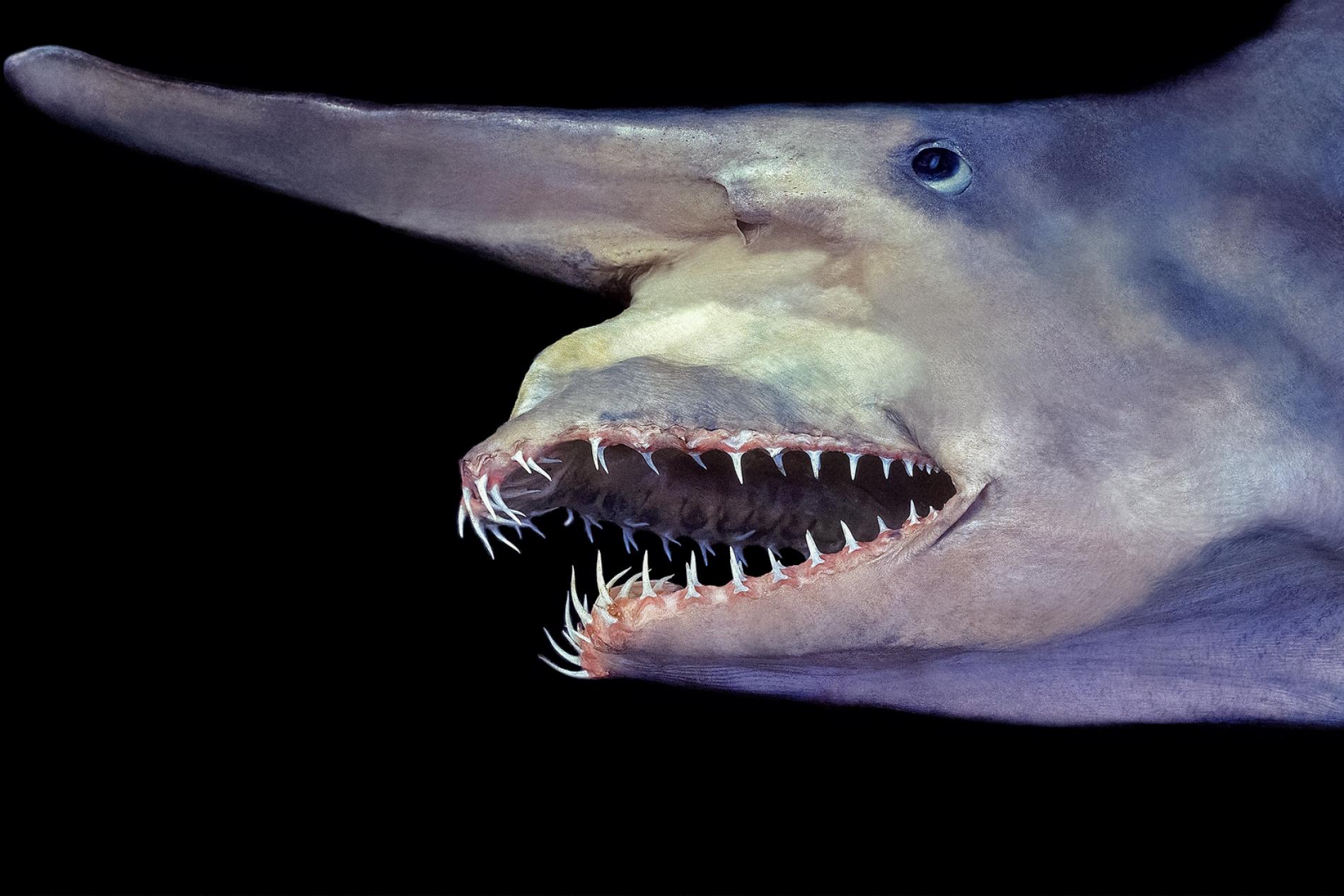 This shark gains comfort by living in the very deep waters, close to the floor of the ocean. Being exposed to the sunlight is not something they like; thus, they are referred to as vampire sharks. An accurate census can’t be carried out on them due to lack of sighting. Their pinkish belly and a pale grey color make them stand out. Their pinkish belly is so transparent that one can actually see their blood vessels. It has a pointed nose, and it seems there’s a sword at the tip of it for some species. It serves as a very effective tool towards hunting prey and also for protecting self. 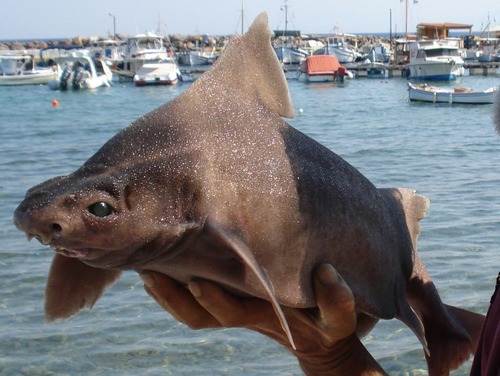 This is a mysterious and rare form of a shark. It forms a bizarre appearance with its rough and large fins, scales that are teeth-like called denticles which covers its body. It’s classified as a vulnerable species because it’s often caught as bycatch. An average length of about two feet, thus it’s not usually the target of fishers. 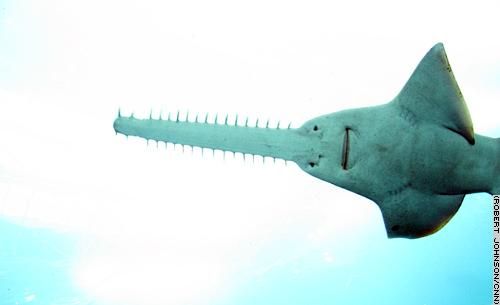 This specie has long and flat saw-like rostrum studded with teeth. With a pair of barbels beneath the rostrum, a small, slender shark with flattened heads. Its habitat is only on continental and insular shelves of the northwest and southeast Atlantic, West Indian and West Pacific Ocean, in shallow water in temperate regions, deeper in the tropics.

Its hoe-shaped structure on the snout sales it out. It uses its distinct nose like a metal detector to search for shellfish in the sea. These unique and mystical creatures are iconic to shallow waters of the Melbourne peninsula. Ordinarily, they reside well out of eyesight, 200 meters deep below sea level. Sometimes, they spawn and come towards the surface or in relatively shallow waters, thus making them easy to be caught by fishermen. 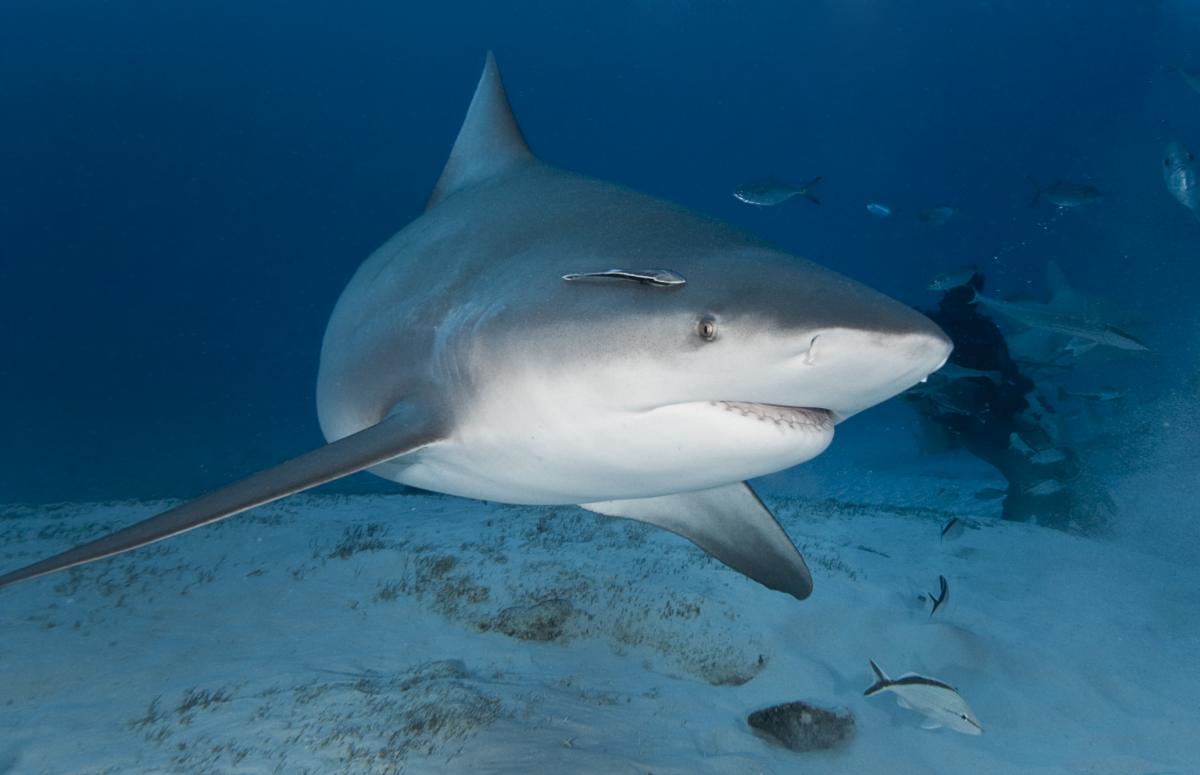 This specie of sharks is highly aggressive, and its habitat is usually near high-population areas like tropical shorelines. Brackish and freshwater aren’t a challenge to them; they survive in any water and even venture far inland via rivers and tributaries.

The bull shark has been spotted 2,500 miles (4,000 kilometers) up the Amazon River in South America and dwells in lake Nicaragua, which is a freshwater lake in Central America. Bull sharks have travelled up the Mississippi River as far north as Illinois and are regularly spotted in India’s Ganges. 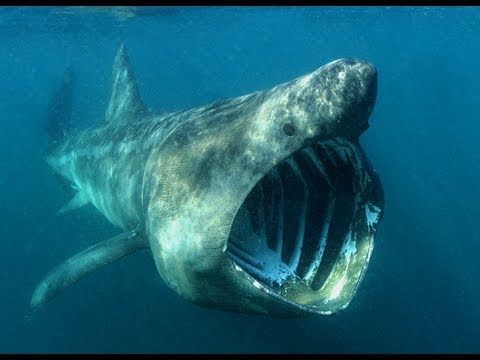 The Megamouth shark is prominent for its largemouth thus its name. Its giant maw is used for filter feeding. Just as whale sharks and basking sharks swim the ocean with their mouth open, as they strain tinny aquatic animals called plankton out of the water, small animals that are like shrimp called Krill is believed to make up a larger amount of the megamouth diet. 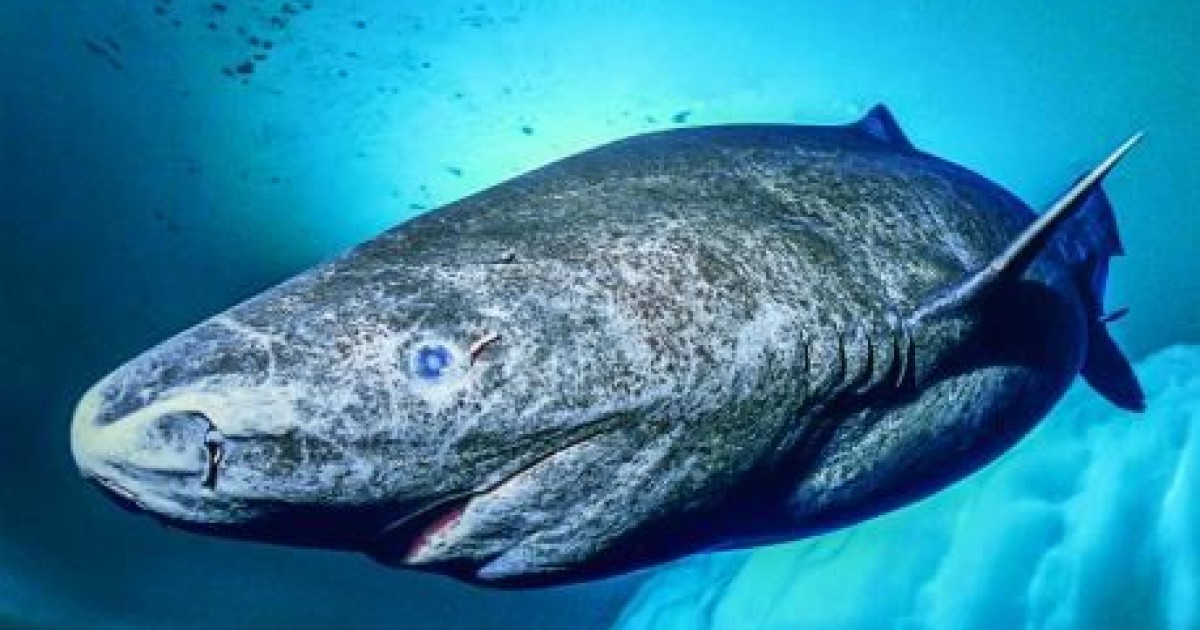 Though it can be as big as great white sharks, that’s as far as the comparison goes. Their speed at maximum is Lethargic 1.7 miles per hour (2.7 kilometers per hour). Most of them are nearly blind, and eating rotting carcasses gives them satisfaction. You may not have probably heard about them, but they are common throughout the ocean. This species of sharks (Semiosis microcephalus) grows up to 7.3 meters(24 feet long), making them one of the biggest and largest fishes in the Arctic. 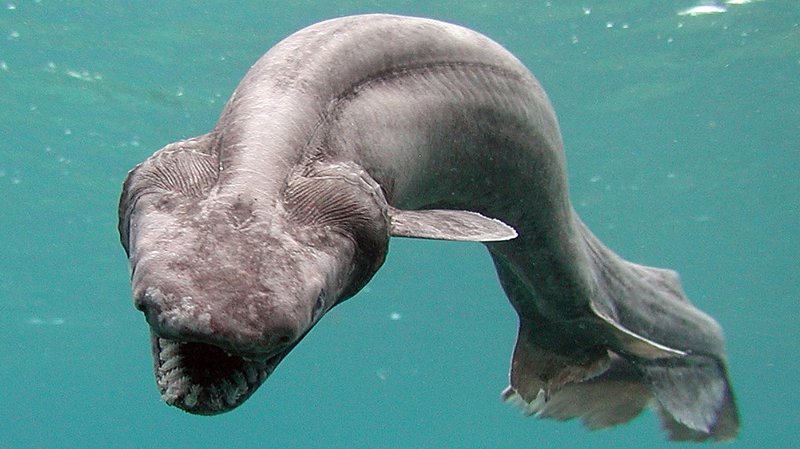 This serpentine specimen which looks like a large eel, but its six slit like gills make it outstanding and a cousin to the great white, the hammerhead, and other sharks.

It is believed to have had little change since prehistoric times. The frilled shark is connected to long-extinct species due to its slinky shape and an upper jaw that is part of its skull. Most sharks have their top jaws hinged. 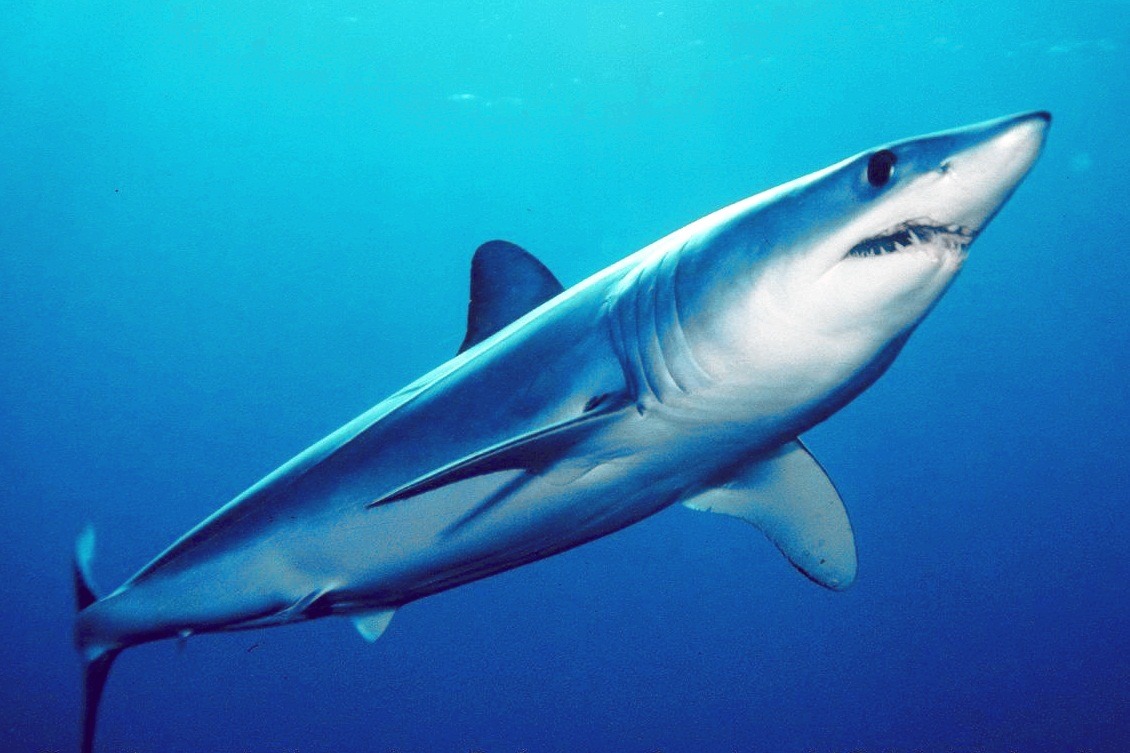 Known as Isurus amongst the scientific community. It’s an extremely fast and incredible beast. Today, only two of these species survives. They are known as the Longfin Makos and the shortfin Makos.

The longfin is the largest with a length of 4.5meters (14ft) and an adult weight of around 170kilograms (375 pounds). The shortfin sharks are about half the size and weight of the longfin.

Mako shark is the fastest shark species in the world. They are at an average pace of 60mph when hunting for prey. Their aerodynamic skin which has been replicated into fabricate swimsuits is one of the secrets of their great speed.

That’s about the list of coolest sharks in the world, these aren’t coo because they harmless(which they aren’t) but because they’re cool l=by nature. Let’s look at some of the most frequently asked questions about coolest sharks.

The hammerhead shark is the smartest shark of all shark species.

The strangest looking shark is the hammerhead shark, but there are other sharks that also have strange look and appearance. Some of these other strange sharks are;

No, sharks are not smarter than humans, but on a closer observation of their lifestyle in the deep waters you’d realize they’re very much smarter than lots of other fishes.

Yes, sharks do have brains. They have very large and complex brains that has a much higher brain to body mass ratio than other fishes.

There’s no reliable data that states how old megalodon teeth are, some say they’re a little less than 2.6 million years, other scientists have disputed such claims.

The saw shark has a saw nose. It is also referred to as Sawfish or carpenter shark. 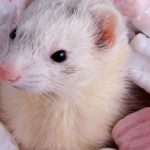