Illinois, the 21st of the United States is one of the most unique and interesting states in the Union. It is a state that is rich in culture, history and even people. It is often called Land of Lincoln because that is where President Abraham Lincoln started his political careers. Everyone knows what Lincoln signifies in the history of the United States. There are much more intriguing facts about Illinois that many people are interested in, and that is what we would be sharing in this compilation of Illinois fun facts.

Without any further waste of time let’s dive straight into the list of Illinois fun facts that makes people consider it as a smaller version of the bigger United States.

Illinois became the first state to ratify the 13th amendment on February 1, 1865. The 13th Amendment abolished slavery throughout the United States.

Illinois is the 21st state of the United States as it was admitted to the union on December 3, 1818, a year after Mississippi became a state.

Illinois is bordered to the north by Wisconsin, to the south by Kentucky and Missouri, to the east by Indiana and Lake Michigan, and the west by Iowa.

The capital of Illinois is Springfield.

With a land area of 55,593 square miles, Illinois is the 25th largest state in the United States.

Of all 50 states in the US, Illinois is the 6th most populous as about 12.72 million people are residing in the midwestern state.

The largest city in the state is Chicago with a population of about 2.7 million, more than 20% of the state’s population. It is also the 3rd most populous city in the United States.

For about 46 years between 1923 and 1969, Illinois’ official state language was the American Language. It was the original English language but some politicians in the state didn’t want to use the term “English.”

Of all 50 states in the United States, Illinois leads the way in the production of nuclear power. Illinois is said to have generated about 97 terawatt hours of electricity from its nuclear power plants in 2021.

There are about 27 million acres of farmland in Illinois, and this is about 75% of the total land available in the state. Illinois has about 72,000 farms spread across the state’s land with each of them averaging 358 acres.

Of all 50 US states, Illinois harvests the largest share of pumpkins. The crop is grown on more than 17,000 acres of farmland.

The official nickname for Illinois is the “Prairie State”, this reflects on the vast expanses of prairie that once covered the state’s fertile lands.

Illinois is also known as the Land of Lincoln, as Abraham Lincoln’s early career was in the state. He was a representative of the state before he was elected as president.

Nabisco is an American manufacturer of snacks and cookies. The Nabisco factory in Chicago is the world’s largest bakery as it comes in at a whopping 1,800,000 square feet. It produces around 320 million pounds of snacks every year and employs more than 1,200 people.

Today, there are lots of skyscrapers around the world and we all have to thank Illinois for that. The first skyscraper to be built was in Illinois and is the Home Insurance Building which was completed in 1885.

The Sears Tower in Chicago, Illinois, was once the tallest building in the world for about 25 years (1973 to 1998) before it was outranked.

The Bahai House of Worship in Wilmette, Illinois, is the oldest Bahai temple in the world and it is also the main temple for all of North America.

Softball is said to have originated in Chicago where the first-ever game took place. Softball is a modified version of baseball, it is played on a much smaller field with a larger and softer ball, underarm pitching, and seven innings.

The world’s first Ferris wheel was invented for the World’s Columbian Exposition of 1893 which took place in Chicago. It was built by George Washington Gale Ferris Jr, an American bridge and tunnel engineer. It was tagged the Chicago Wheel and it cost a whopping $385,000 to build.

The first modern round silo used for farm storage of silage was invented by Fred Hatch and it was constructed on a farm in Spring Grove. Today, silos are very important as they help to store grains for a much longer period when compared to other previous methods.

Illinois ranks 3rd on the list of largest popcorn producers in the United States as the state has about 333 farms that grow popcorn on more than 45,000 acres. Popcorn also happens to be Illinois’ state snack so make sure to taste their special popcorn when next you visit.

Every year, the Chicago River is dyed green to celebrate Saint Patrick’s Day, the foremost patron saint of Ireland. It makes a really good sight!

The state gets its name from the Illinois River. The word “Illinois” comes from the French version of the Native American word “iliniwok”. The word is said to mean “men” or “warriors”.

Illinois seems to love having tall things as the world’s tallest man also happened to live in the state. Robert Wadlow was born in 1918 and lived in Alton, Illinois. He grew up to be 8 feet 11 inches tall which is a record to this day. He was also referred to as the “Alton Giant” due to his height.

More than 30% of the people in Illinois have a bachelor’s degree or higher. This makes the state one of the top states with a very high education rate in the United States.

Unfortunately, there are no national parks throughout the state.

To make up for the absence of national parks, Illinois has about 69 state parks spread across the state. The most popular one is the Hennepin Canal Parkway State Park which is the state’s largest.

Throughout the state of Illinois, there are 88 National Historic Landmarks for you to visit. Some of them include a lily pool, an aquarium, a planetarium, historic churches, and other archaeological sites.

Illinois is home to one UNESCO World Heritage Site, the Cahokia Mounds. The site spans 2,200 acres and it contains around 80 man-made mounds that date back more than 1000 years. The mounds are considered to be one of the largest and most complex archaeological sites in the US. The site welcomes more than 250,000 visitors every year.

There is only one national monument in the state of Illinois and it is the Pullman National Monument. It was built by the Pullman Company to be the first planned utopia for the industrial community in the US. Today, more than 300,000 people visit the area every year.

Over the course of its existence, Illinois has had 6 state capitol buildings. One was in Kaskaskia, three were in Vandalia, and two were in Springfield (including the present one). The present one is located at 401 S 2nd St, Springfield, and it is topped with a 404-foot dome.

The O’Hare International Airport in Chicago is considered to be the 4tg busiest airport in the US and the whole world. It is located on the Northwest side of the city and covers 7,267 acres of land. Last year, it catered to 54 million passengers and in 2022, it is considered to be the most connected airport in the world as the airport has non-stop flights to 242 destinations across every continent.

Boeing is the largest commercial aerospace company in the world and it is headquartered in Chicago, Illinois.

If Illinois were to be a country, it would have a bigger economy than Norway, Argentina, Belgium, and a whole lot of other countries.

Of all 50 states in the US, Illinois ranks 3rd on the list of largest bituminous coal producers.

The Abraham Lincoln Presidential Library and Museum is located in the state of Illinois.

In 2007, while still working as a senator in Illinois, Barack Obama announced his bid for President of the US. He won the election a year later.

In 2018, McDonald’s, the world’s largest restaurant chain, moved its global headquarters back to Chicago.

According to the United States Census of Governments, Illinois has 6,918 units of local government, the most of all 50 states.

Des Plaines, Illinois, is home to the first McDonald’s franchise. It opened on the 15th of April, 1955.

Twinkies were invented in Schiller Park, Illinois, on the 6th of April, 1930.

The Chicago Times-Herald Race held in Chicago is the first automobile race held in the US. It was a 54 miles loop and had six vehicles.

The largest bottle of catsup is located in Collinsville, Illinois. It is a 170 feet tall water tower built in 1949.

Carol Moseley-Braun of Chicago became the first African American woman to be elected to the US Senate in 1992.

Three presidents of the US have been elected whilst living in the state of Illinois. They are Barack Obama, Abraham Lincoln, and Ulysses S. Grant.

In Chicago, it is against the law for one to eat inside a burning building, not like food is going to be top of the mind of anyone in a building that is burning. You are also prohibited from sharing your whiskey with your dog.

Now we are at the end of the list of fun facts about Illinois and everything that makes it incredibly amazing, while there might be some facts about Illinois we weren’t able to feature, you are also welcomed to mention yours. In the next section we would be answering some of the most popular and frequently asked questions about Illinois.

Illinois is known for many things and they are:

The states bordering Illinois are Wisconsin in the north; Lake Michigan, Indiana, and Kentucky in the east; Kentucky and Missouri in the south; and Missouri and Iowa in the west.

Illinois is famous for many things which include:

Illinois nickname is The Land of Lincoln because Abraham Lincoln started his political career in the state. Illinois is also called the prairie state because of the abundance of the prairie grass in the state.

Illinois is known for many things and they are:

Illinois nickname is The Land of Lincoln because Abraham Lincoln started his political career in the state. Illinois is also called the prairie state because of the abundance of the prairie grass in the state. 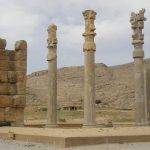 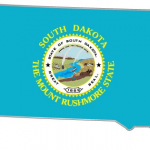