Is It Illegal To Keep Students After The Bell?. 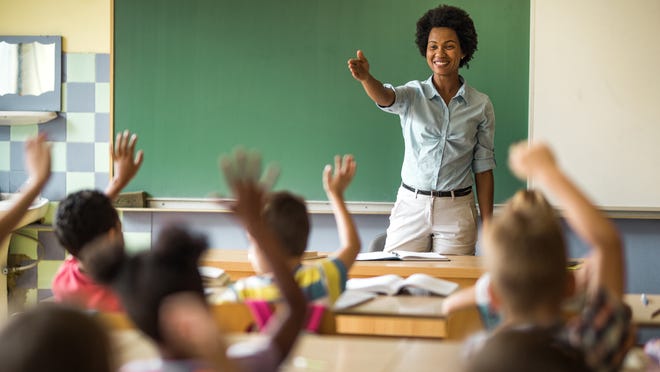 A popular question I’ve heard from students right from when I was a kid up until this time and sometimes from people I know are teachers is the Is It Illegal To Keep Students After The Bell? question. A really interesting question if you ask me, especially when you consider what the purpose of the school bell is actually, as well as the power a teacher has over his/her students in class. From the question I assume both parties(teacher and student) are asking to know if they’ve broken any law(for the teacher) or if they have a case for which they can file a complaint(for the student).

Irrespective of what group you belong here, I’ll ensure to answer the question(Is It Illegal To Keep Students After The Bell?) while taking note of the key important points which are; the purpose of the school bell and the authority of the teacher. Read on to know and understand if it is illegal for teachers to keep students after the bell.

Of course we know that the primary reason a teacher is employed is to educate the students, but that isn’t all. A teacher is legally a ‘parent’ to their students. Or more rightly say, a teacher is a guardian(just like parents) to each and everyone of his/her students and that bestows on them a certain level of authority over the students which includes restricting the student(s) from leaving the class. This authority they must exercise with caution because there are clauses all over it.

Purpose of The School Bell

It is important to know what exactly is the purpose of the school bell in order to answer the question Is It Illegal To Keep Students After The Bell? When you understand what ringing the school bell means, then you won’t be surprised to find out if it is illegal for teachers to keep students after the school bell rings.

Firstly, you have to know that the school bell is not a command, it is basically a way to control movement of people(teachers and students) within the school premises making sure there isn’t unnecessary issues with traffic  within the school. The bell is also a way to help teachers track their lesson durations. In a nutshell, the sound of the school bell ringing isn’t a command or instruction to the teacher to stop their lessons immediately, but rather a suggestion to them, with this suggestion the teacher would then know how to manage time, lesson and of course the students.

Possible Reasons Students Are Kept After The Bell

As explained in previous paragraphs, the school bell gives a teacher the idea that time is running and as such they should work with it, but in reality things don’t always work out the way we planned for many reasons. Because some of the times teachers are not able to work exactly with the bell, they do have legitimate reasons, some of these reasons they are not able to work with the bell time or the reasons why teachers sometimes keep students after the bell, are what we are going to look at here.

And a few other reasons which are usually different from teacher to teacher.

Problems That Could Arise From Teachers Keeping Student After The Bell

There are times when student(s) are determined to leave the class at bell, this could be seen by the teacher as being heady and not want to obey them, but in reality, the student is only trying to avoid some issues or problems that could arise from them being held back after the bell, some of these problems such students are trying to avoid are;

Now, to the question of the day which is what prompted you to read this article, Is It Illegal To Keep Students After The Bell?. If you’ve read all of the previous paragraphs, you likely already know where this is heading to.

To summarize this paragraph, it is not illegal to keep students after the bell for a short period of time and for legitimate reasons, but it can become illegal when the student is kept for too long.

What Can A Student Do If They’re Routinely Held After The Bell?

While it is not illegal for a teacher to keep students after the bell, there are some teachers who intentionally and routinely keep students after the bell, as explained this could result in issues for the affected the student. Are you a student or a parent/guardian who’s a victim of this mischievous act, there are things you should do to address the issue with your teacher. Some of the things to do are:

The above steps should be your go to as a student or a parent if you or your ward is being kept by their teacher after the bell for too many times.

It isn’t exactly illegal to keep students from going to the bathroom but it can be considered an abuse especially if the student wets them self, this will definitely get the teacher in trouble.

It is not illegal to keep students after the bell in the UK because the teacher has the legal right as a guardian to keep a student in and also to discipline them.

The bell isn’t a command that instantly dismisses the class, the teacher does that. The bell is a suggestion to  the teacher, but there’s a limit to how long a teacher can ignore the time.

No, you’re not allowed to leave if the teacher is 15 minutes late to the class.

No, a teacher cannot refuse to let a student go to the nurse, if they do it is illegal and can get them in trouble.

Teachers say the bell doesn’t dismiss you I do because, the bell isn’t a command to the teacher to stop and also it is also rude for a student to stand up and leave the class when the teacher is talking or teaching. Also, there isn’t a law that says the teacher must stop at the sound of the bell.

Yes teachers can keep student after the bell in middle school because there isn’t any law that says otherwise also, there’s also a limit to how long a teacher can keep students and occasions on which a teacher must no keep a student.

No, teachers cannot restrict students from going to the bathroom. If they do and the student wets himself it is considered an abuse from the teacher.

It is not illegal for a teacher to keep students after the bell in the UK. But as explained in the article there are limits to this.

No, teachers cannot and are not allowed to stop you from going to lunch, it is an abuse on the part of the teacher against the student affected.

It is wrong for your teacher not to let you go to the bathroom, if such happens, you have to talk to the principal or other authorities in the school and sometimes get your parent involved if you were ignored.

Yes teachers can hold you after the final bell, but there’s a limit to how long they can hold you. And while you’re being held you should not be deprived the use of the bathroom or other necessities.

Yes, you can sue a school for not letting you use the bathroom, because access to the bathroom is a basic right which everyone possess, depriving you of that is an abuse.

Yes, teachers can keep you after class for various reasons but as explained in the article, there’s a limit to how long they can do that before it’ll be considered an abuse.

A teacher can keep you for around the maximum of 30 minutes or they should not keep you for long that you get to miss your food or other necessary things such as the use of the bathroom.