If there’s anything cartoon creators have perfected and never fail to display it, it is their ability to mimmic everything relating to us humans. From the way we look, to the way we talk, do things and relate to one of ourselves. One of such interesting aspects that have well been adopted by cartoons is the baldness of our heads(in some people, mostly males). There are cartoons whose personalities and storylines have been influenced by the fact that they have a bald head and as such are a bald cartoon character. Sometimes, this bald head is a source of strength and power for the individual bald character, other times it is an object of mockery for them. Irrespective of what their bald head stand for them, we have compiled the list of the most interesting bald headed cartoon characters of all time. This list comprises of some of the most popular cartoon characters that are unfortunate to made to appear bald by their creators. Homer Jay Simpson is a cartoon character from the popular animated television series The Simpsons. Perhaps the most iconic thing about Homer are the two strands of hair that sit on his very conspicuously bald head. In fact, the surface of his head lacks hairs as much as the famous deserts in the world lack trees. He is the husband of Marge and the father of Bart, Lisa and Maggie. He is an overweight and lazy man who works as a safety inspector at the Springfield Nuclear Power Plant. He is known for his love of beer, donuts, and his catchphrase “D’oh!”, which he utters when something goes wrong. He is also shown to be a loving, if not bumbling, father and husband, and is fiercely loyal to his friends and family. Homer is voiced by Dan Castellaneta and is a major character in the series, serving as the main protagonist and often getting into wacky and satirical adventures with his family and friends. Having Homer grace the list of bald cartoon characters before anyone can be credited to his fame. The first bald cartoon character on this list that is equally a black cartoon character is Ollie Williams. Ollie Williams is a recurring character on the animated television series “Family Guy.” He is voiced by actor Mike Henry and first appeared in the episode “Brian Sings and Swings.” On Family Guy, Ollie is a stereotypical African-American man who is often seen working as a newsman for the local television station. He is known for his deep voice and catchphrase “That’s my money!” He is a close friend of Peter Griffin, the main character of the show and often appears in scenes with him. He is also known for his controversial and offensive humor, and has been criticized by audiences for perpetuating racial stereotypes. When staring at Ollie, one thing you can’t help but notice is his smooth bald head, it’s so smooth unlike Homer Simpson’s, perhaps he should be the king of bald head cartoon characters. Herbert Garrison, also known as Mrs. Garrison is a bald cartoon character on the animated television series “South Park.” He is voiced by series co-creator Trey Parker and first appeared in the series premiere episode. Herbert Garrison is a 4th-grade teacher at the fictional South Park Elementary School, who later became a transgender woman hence why he’s called Mrs. Garrison. He is known for his eccentric and controversial behavior, and is often depicted as a bigot and a failed politician. Throughout the series, he goes through several transformations, including becoming a lesbian and then returning to being a man. Despite transforming into a woman his bald head still stood out, earning him a good spot on this list of bald headed cartoon characters. Chef Hatchet is a cartoon character from the cartoon series “Total Dramarama.” He is the head chef of the show’s primary setting, a summer camp called “Camp Wawanakwa.” He is voiced by actor Clé Bennett. Chef is known for his tough and abrasive personality, as well as his tendency to create disgusting and unappetizing meals for the campers. Probably why he became a bald headed cartoon character. He is also known for his catchphrase, “I’m the one who’s in charge.” He is often portrayed as the antagonist of the show, and is often at odds with the campers. He is also known for his distinctive appearance, which features a large chef’s hat and a thick, bushy mustache. Despite his negative traits, he is also known to show a softer side occasionally, especially when it comes to his son. Maybe the only bald cartoon character that is an alien. Roger Smith is a cartoon character on the animated television series “American Dad!”. Roger is an alien from the planet Krynn who is taken in by the Smith family as a member of their household. He is known for his eccentric and flamboyant personality, as well as his penchant for disguising himself in various human personas. He is often portrayed as a comedic foil to the other characters and is involved in many of the show’s storylines. He is also known for his love for human culture and his desire for acceptance among the people.And we have fully accepted him into the bald cartoon characters hall of fame, even though he’s not human. He is one of the most prominent characters in the series and is a fan favorite. 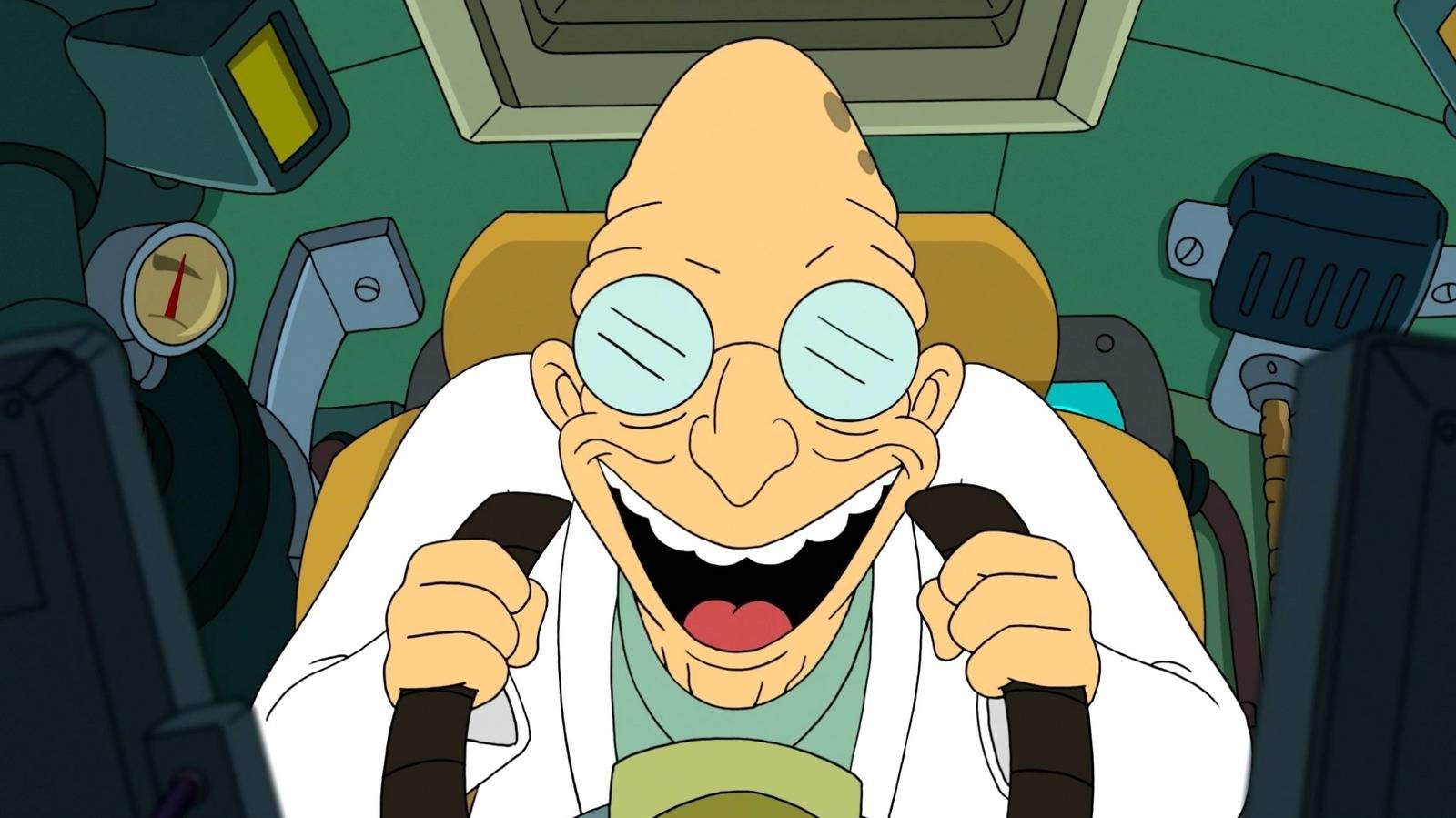 Professor Hubert J. Farnsworth, or simply Professor Farnsworth, is a cartoon character in the popular animated television series “Futurama.” He is voiced by actor Billy West and first appeared in the series premiere episode. Professor Farnsworth is the founder and owner of the Planet Express delivery company, where he employs the main characters as his delivery crew. Professor Farnsworth is a genius inventor and scientist, but also eccentric, forgetful and senile. He is often portrayed as the main protagonist and a mentor figure to his employees, particularly Philip J. Fry. He is also known for his distant relationship with his great-nephew, Cubert J. Farnsworth. Asides his scientific exploits, something that stands out about the Professor is his bald head that stands tall like a tower. It is the reason we are even discussing him right now. Blendin Benjamin Blandin is a major character on the cartoon series “Gravity Falls.” Blendin is a time traveler from the future who is often seen working as a Time Anomaly Removal crew member. He is often portrayed as the antagonist of the show, and is often at odds with the main characters Dipper and Mabel Pines as they try to uncover the secrets of the mysterious town of Gravity Falls. He is also known for his distinctive appearance, which features a green jumpsuit and a time travel device on his belt and of course a bald head to complete the look. 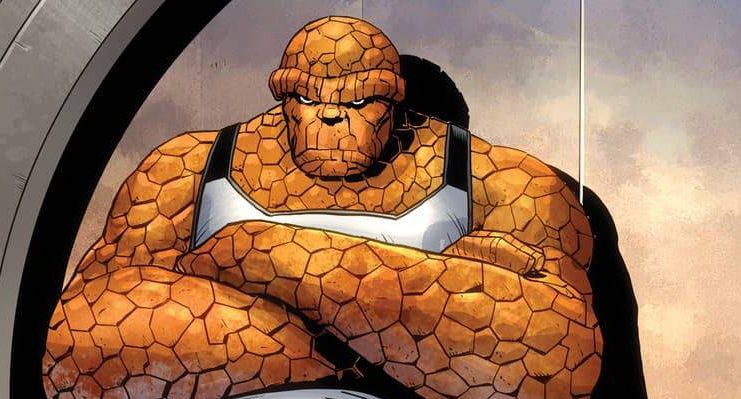 Benjamin “Ben” Grimm, also known as The Thing, is a superhero from the Marvel Universe. He is a member of the Fantastic Four, a team of super-powered individuals who work together to protect the world from threats both terrestrial and extraterrestrial. He is known for his superhuman strength and durability, as well as his rocky orange exterior. He is often portrayed as the team’s strongman and the most grounded and realistic of the group. He is also known for his sense of humor and his close friendship with team leader Mr. Fantastic. He is a fan-favorite character and is considered one of the most iconic figures in the Marvel universe. Benjamin Grimm of the Thing could be regarded as the most rocky bald cartoon character ever, all thanks to his body. 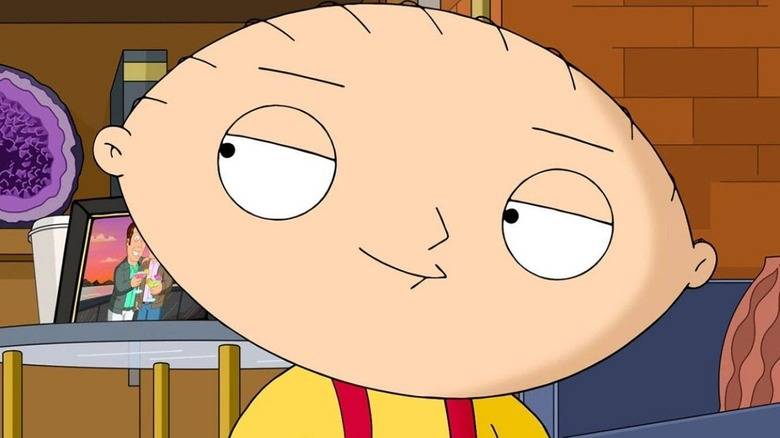 Stewie Griffin, the youngest bald cartoon character on this list, is a character from the popular cartoon series “Family Guy.” He is voiced by actor Seth MacFarlane and first appeared in the series premiere episode. Stewie is the youngest child of the Griffin family and is known for his highly intelligent, British-accented, and precocious nature. He is often portrayed as the main antagonist of the show, and is often at odds with his mother, Lois. One of Stewie’s desires is to take over the world with the help of  his advanced technology that helps him time travel. He is a major character in the series and is often involved in the show’s main storylines. Asides being a bald character, which is unusual for toddlers his age, Stewie is known for his adult-like behavior. He is a fan-favorite character and is considered one of the most iconic figures of the Family Guy cartoon.

Squidward Tentacles as he is called is a popular bald cartoon character from the animated television series “SpongeBob SquarePants.” He is a cephalopod and one of SpongeBob’s neighbors and co-workers at the Krusty Krab. He is known for his negative attitude, snobbish demeanor, and his love for the arts, particularly playing the clarinet. He is often depicted as the straight man to SpongeBob’s antics, and is often annoyed by SpongeBob and Patrick’s behavior. Squidward is also known for his ambition and desire to be recognized as an artist, but his lack of talent often leads to disappointment. He is a major character in the series and is often involved in the show’s main storylines. He is also known for his love for his house, and his need for privacy. Despite his name having ‘squid’ in it, Squidward is actually an Octopus, an anthropomorphic one. No wonder he inherits the baldness of the head as humans do.

We have gotten to the end of the list of popular bald cartoon characters you are probably fan of. Is your favorite character featured on the list? Do share this with your friends who love cartoons, especially bald cartoon.