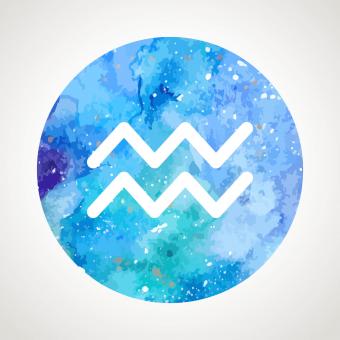 Facts About Aquarius You Should Know.

Just like every other star sign, Aquarius has its strength, myths, facts and weakness. You are considered an Aquarius if you are born between January 19th and February 18th. Also, Aquarians are said to be assertive, opinionated, intellectual, detached, original, idealistic, friendly, and independent.

Now, without wasting much of our time, let’s have a look at the 19 exciting facts you need to know about Aquarius.

Aquarians are said to have really good memories and you can surely rely on them to remember close to everything that has happened. This means that they will carry every one of the experiences you have with them, whether good or bad, for a long time.

People with the Aquarius star sign are thought to be deep thinkers which make the majority of them over-think things no matter how simple it seems. They are going to take a lot of time, care, and thought to make big decisions in their lives.

Aquarians are said to have lots of lucky numbers, with 4, 8, 17, and 26 is just a few. You might want to put them to use when next you play a Lotto.

Sarcasm is something that is said to be quite popular among persons with the Aquarius star sign. Due to this, they have quite a good sense of humor which can take some time for other people to get used to. They are also said to be naturally funny without realizing it sometimes.

Aquarians are known for getting quite explosive when they are provoked so it is best just to avoid doing things that can annoy them intentionally. Instead, it’d be better if you help feed and support their innovative and creative side.

The Aquarius star sign is thought to be one of the most complex signs amongst other zodiac signs. This is because Aquarians have varying energy levels. Some are shy and reserved while others are eccentric, outspoken, and dynamic. They still tend to be deep thinkers irrespective of their energy levels which is great.

Persons with the Aquarius star sign are said to be curious and have a high level of curiosity, and also stand for justice.

Despite wanting what’s right, they can go off-track sometimes and it’s quite hard to bring them back on track, which makes them take longer than other star signs to get things done. By the way, they are also very affectionate and creative.

Aquarians are thought to have an inclination or natural tendency to fall into a bad mood. This mostly happens when things don’t go the way they planned or when they experience failure.

Like I stated earlier, Aquarians are deep thinkers, this makes them take their time before making crucial decisions. They have to apply reason, logic, and emotion before making that decision. Due to this, they can be rushed into doing things and it is probably best you don’t try.

If you’re wondering what famous people are Aquarians then this is going to answer your question. Some popular Aquarians are football superstar C. Ronaldo, actirs6 Bridget Fonda and Matt Dillon, TV icon Oprah Winfrey, and basketball god Michael Jordan.

Aquarians are said to have a hard time breaking free from addictive personalities, manias, and obsessions. This is said to occur because they get deeply involved in anything they like and are passionate about.

Not exactly the homework you get from school but people with the Aquarius star sign are said to do deep research about suggestions, advice, and facts before they accept them. This is also a part of their deep thinking personality so they usually take into account all the pros and cons before making a crucial decision.

Persons with the Aquarian star sign are usually some of the hardest people to read as they can easily close off their emotions in the name of creative bluster. This is one of the reasons why they seem to not be that compatible with Leo.

Aquarians are very social and love talking, meeting friends, and attending social occasions. They are said to have great social skills which they can even develop better with some hard work.

Most social persons love having fun and this doesn’t come as a surprise. Aquarians love exciting and creative activities and also dislike having to deal with loneliness and the everyday norm.

When compared to other star signs, Aquarians tend to have trouble sleeping and this is thought to be because it takes a long time for their mind to switch off.

Being a true water carrier, Aquarians are likely to be attracted to water colors, such as blue, etc, and other Aquarian features.

Since we had a quick talk about who Aquarians are compatible with, it’d be fair if we also include those they aren’t compatible with. And the top of that list is Leo, Leos are said to likely be the worst possible match for an Aquarian as they are proud and determined.  This will make Aquarians struggle to compete or to relax around a Leo.

To have complete freedom 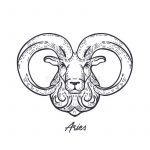